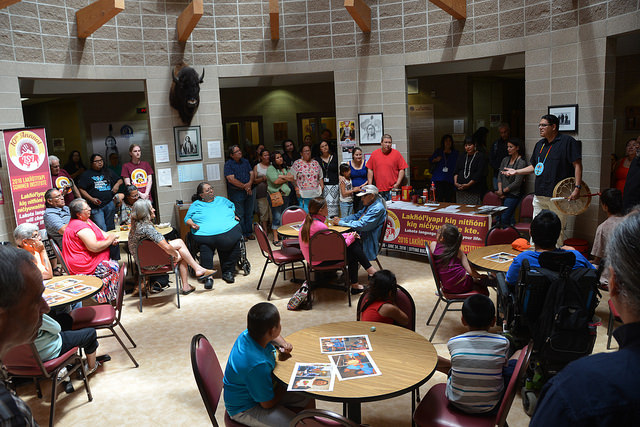 Last year was a particularly difficult one, with the passing of many respected elders and powerful advocates of the Lakota language.

LSI teachers, organizers and staff wanted to honor Mr. Milton Brown Otter, former Standing Rock Sioux Tribe councilman, and Ms. Velia Salas, a vibrant Lakota language teacher. Both Velia and Milton had been involved with LSI since its inaugural year, and were an inspiration to many of our participants. On Tuesday, June 21, we held a ceremony in their honor.

In an interview with ICTMN, LSI attendee and Lead Lakota Language Activities instructor at the Lakota Language Nest in Sitting Bull College, Tipizin Tolman said, “Their passing reminded the community that we have a closing window of opportunity to do language revitalization and do it well, while our speakers and supporters are alive”. 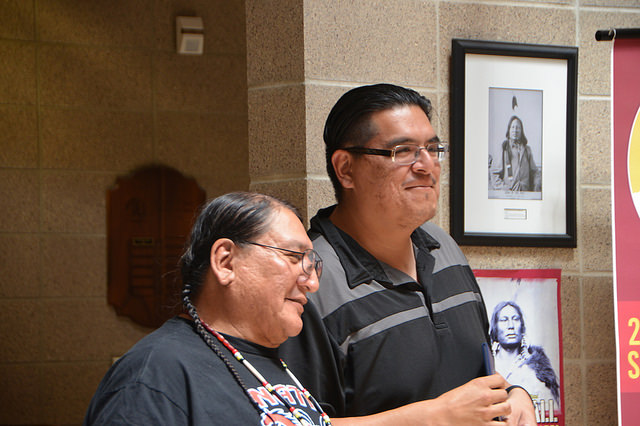 The second ceremony of the week was less somber, as we celebrated the graduation of four students from Sitting Bull College.  Marilyn Circle Eagle, Emmanuel Red Bear and Courtney Yellow Fat were honored with a traditional eagle feather, a medicine wheel and their Sitting Bull College diplomas. The fourth graduate, Evelyn Goodhouse, was unfortunately not in attendance.

We congratulate the graduates!