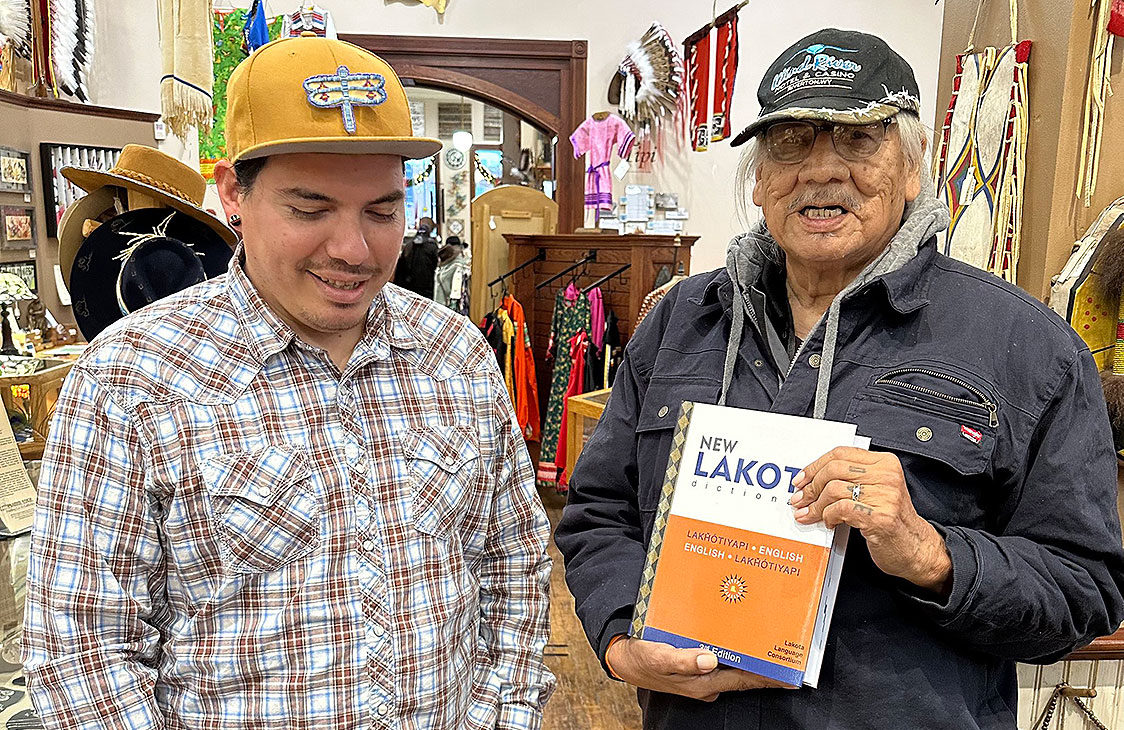 KYLE, SD – The Lakota Language Consortium (LLC) has released the New Lakota Dictionary and an accompanying free app that enables Lakota speakers of all ages to hear the language spoken.

Native American languages have experienced declines at alarming rates, however, the Lakota people and linguists took action more than 20 years ago to start documenting the language out of concern for further decline. Accelerating the issue, the last generation of first language speakers are largely now in their seventies, and soon, younger generations won’t have access to their collective knowledge and wisdom.

“When it comes to preserving our language, the New Lakota Dictionary is a game-changer in so many ways,” said Alex FireThunder, Deputy Director of LLC. “It is an essential tool in how we can ensure our language is passed down from one generation to the next. The dictionary honors our ancestors and speakers and enables them to share our beautiful language with the next generation in a profound and enduring way.”

The New Lakota Dictionary was inspired by the early work of the first trained Lakota linguist, Ella Deloria, and was developed from the transcription of narratives and conversations with first language speakers. LLC used a rigorous method to corroborate words and phrases, resulting in a monumental encyclopedia, not only of language, but also of culture. Linguists used technology and software to accelerate the process as well as the creation of apps and other accessible tools.

“The New Lakota Dictionary exponentially expands the breadth and depth with which people can now express themselves in Lakota,” said Wil Meya, Executive Director of Lakota Language Consortium. “It demonstrates the power of technology, which enables us to fast forward the work, and art, of language preservation and revitalization. The app itself holds enormous power to connect youth with their heritage and vibrant Native language.”

Click the button below to check out all of our donation options.